Reviews of The Seagull, Swan Song, F#uckoff Check-off, About Love & Champagne, The Samovar 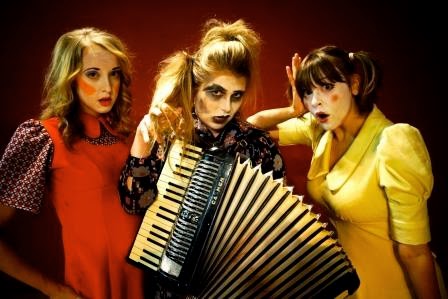 This little “freakshow on the Prairies” is less a play than an experience. Housed in the gritty St. B on the same floor amateur strippers grind for cash, a twisted take on Chekhov’s Three Sisters gets a fantastic production for horror/comedy fans who’ve gotten off on Kristine Nutting’s work before. (The original production at the Winnipeg Fringe in 2005 and PIG in 2009.)

Like the Prozorova sisters in the source material, the Cuddy sisters desperately want to escape their humdrum lives. Except they live in Bigger, Saskatchewan, instead of Russia. And their father is a ballad belting cross-dresser who goes by Mommy-Daddy. And they’re willing to suck cock to get to Edmonton. And…

Even with the effort of keeping inventive clowning and self-accompanied songs meaty for 75 minutes in a tough venue, the cast and director Andraea Sartison rarely let the fun dip down; scenes in the acoustically challenged far side of the bar and some of the guys’ numbers are the exceptions. Perhaps it has less polish than the original show, too. But fuck it’s fun. And sibling trio Jacqueline Harding, Dorothy Carroll and Anna-Laure Koop even manage to keep a fresh, moving heart beating under the broad brushstrokes of their clown act.

It’s a must see and it closes soon. You know what to do.

Three Sisters: A black opera in three acts
By Kristine Nutting
Based on Chekhov’s Three Sisters
Who is John Moe? Productions
Through February 3 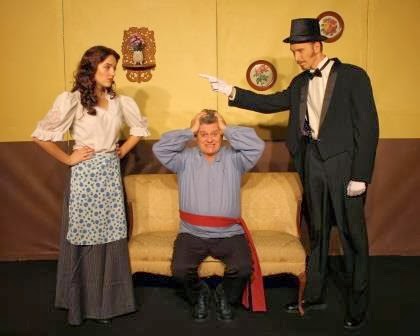 Merlyn Productions is a fine community theatre group dedicated to getting non-professional actors into the spotlight in their spare time. And the two Chekhovian farces (the opening act “A Tragedian in Spite of Himself” warms up the restored movie theatre venue before the main piece begins) should be approached with that understanding. Hobby actors are having a ball onstage, their friends and family in the audience eat it up, and if they’re not able to fill two classic scenarios – an overworked average Joe pushed to the breaking point and a marriage proposal gone wrong – with genuine, non-partisan laughs, well… What did you expect?

A Marriage Proposal
By Anton Chekhov
Merlyn Productions
Through February 1 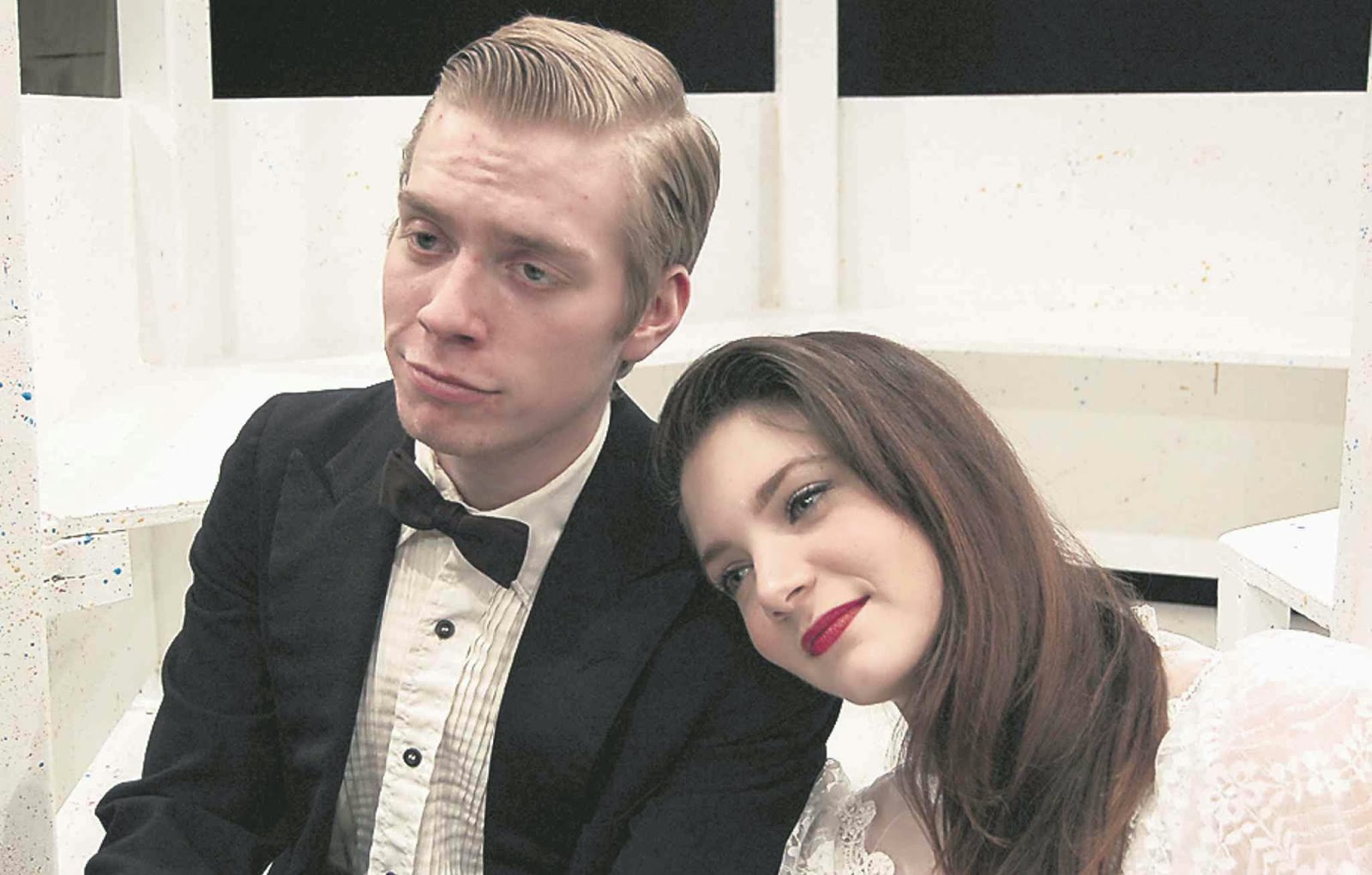 Black Hole Theatre trades Russia for Ireland in an ensemble piece that shows off a range of developing talents. The thematic links between Chekhov and Brian Friel are pretty clear, though the haunted legacy the impoverished O’Donnells struggle to shake off as they unite for a wedding has a less universal character. Catholic, patrician, colonized and darkened by The Troubles, these ruined aristocrats are distinctly Irish in a play about Ireland. Even as the strong national character of the show adds unique flavours, it sets the audience at a distance.

The university actors span from those still figuring out basic movement to a few present, thoughtful, grounded performers. Monologue work stands out for sheer emotional force: a bit more nuance to their deliveries and Jeysa Martinez-Pratt (Alice), Brandon Vink (Eamon) and Sydney Wiede (Judith) could each be holding their own on a mainstage.

That’s ultimately not enough to hold attention over a two hour thirty minute show that repeatedly covers the same material. But it’s worth checking out to see who’s up-and-coming while the O’Donnells are down-and-outing. 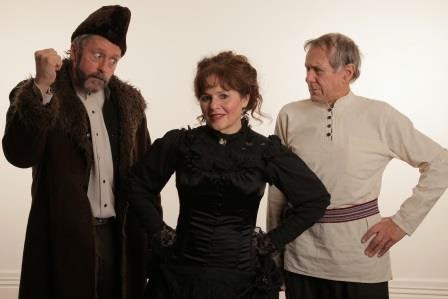 The Bear & Inside the Moscow Art Theatre

First a charming mock “Inside the Actor’s Studio” interview with Olga Knipper, Chekhov’s wife and company member of the Moscow Art Theatre. She’s worth a chat: even as she’s part of the upward trajectory of a new revolutionary form of theatre, she has to observe, first hand, the fatal decline of her beloved husband. I haven’t made it out to the panel discussions in this year’s Master Playwright Festival, but here’s a spoonful of sweetness to help your history lesson go down.

Then the play proper: a short farce on the meeting of two improbable lovers. That’s not giving anything away – it’s pretty obvious where this is going. But John Bluethner and Susanna Portnoy are able to keep the trip fun, mining the stilted, poorly aged script for an improbable number of laughs. In lesser hands it would be tedious. Here it’s decent fun. 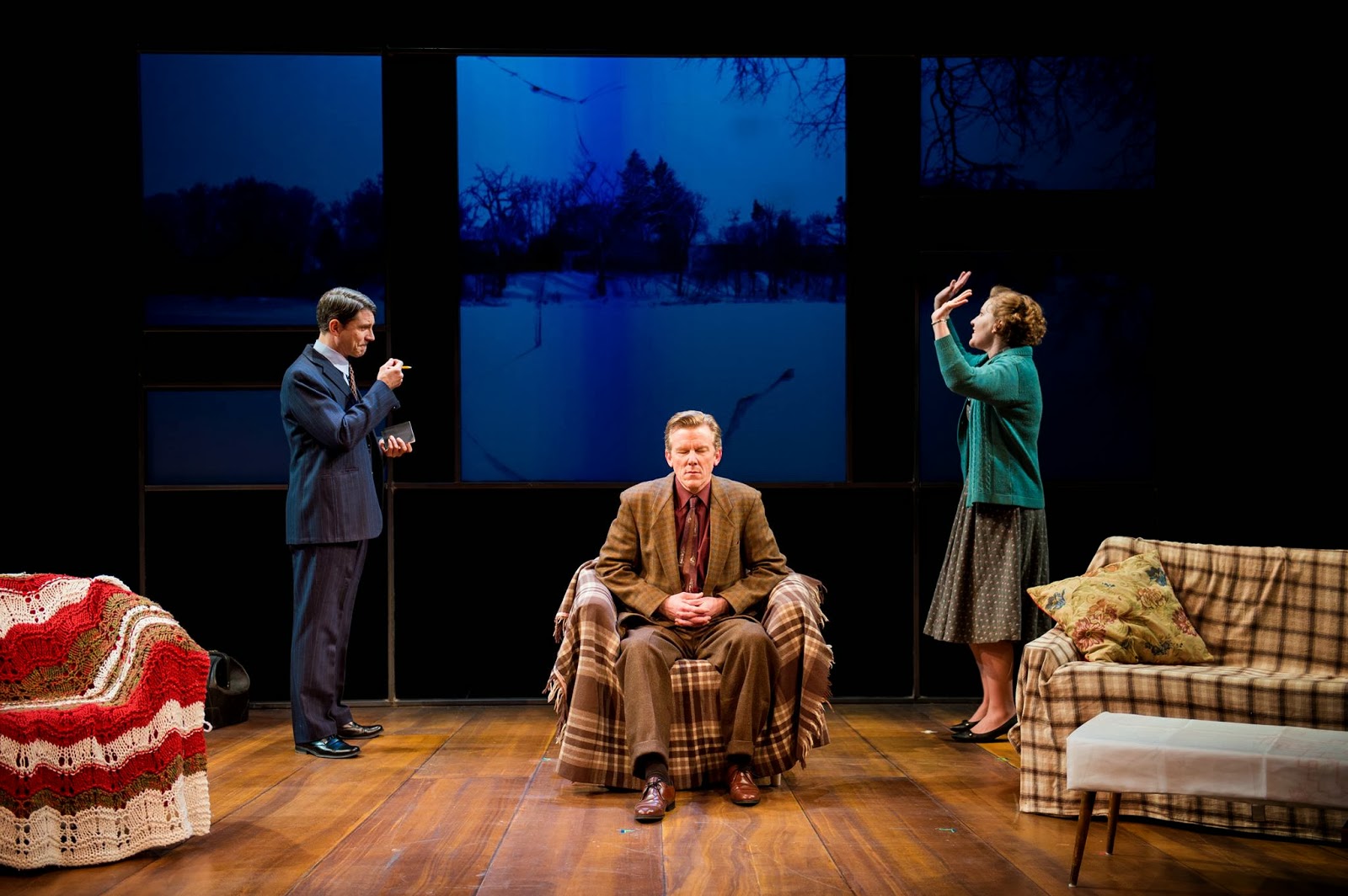 Have you ever traveled overseas, flipped on the TV in your hotel room and tried to follow a local drama? You can recognize the characters, relationships, some of the plot devices perhaps, but everything seems askew. Twilight zone-ish.

That’s how WJT’s production of Ivanov hit me. The show is incredibly entertaining. Riveting. I didn’t look away for 90 minutes as Nicholas Ivanov debated (among other things) whether to abandon his sick wife for a much younger neighbour.

But the hyper-direct text in Michael Nathanson’s adaptation combines with intense, emphatic delivery from the cast (occasionally grotesquely large) to build stylized scenes that sacrifice character depth for momentum. Subtlety for tension.

Not that the play stays on this setting throughout. Sarah Constible is the most consistent holdout, finding a pace and approach that not only sells the oddest lines as believable but uses them to build the richest character – Ivanov’s dying wife, Anna. And the others have their more restrained, nuanced scenes as well, grounding a play overflowing with thoughts about love, cheating and fate in authentic human beings.

And it’s not that the “heightened” sections (for lack of a better title) aren’t motivated and well executed. They’re fascinating and alienating at the same time.

Check out the show. Let me know what you think. I’ll be processing both the play and the performance for awhile.