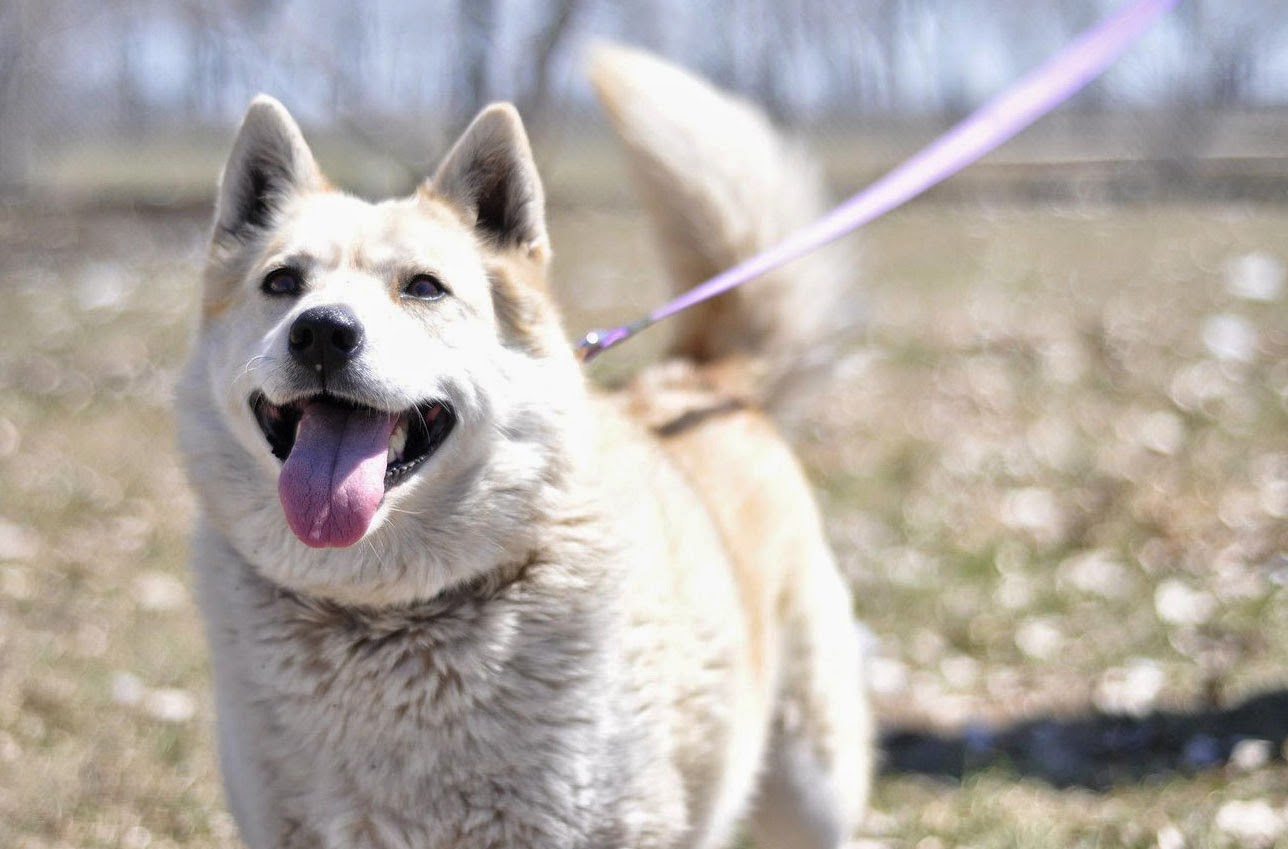 Trish is our new roomie. She's a four-year old husky/whatever we found through Manitoba Great Pyrenees Rescue (a great little network of foster families who could use your support).

We don't know her back story. She's been fostered with MGPR for three years, moving to a few different fosters. We can't figure out why she's taken so long to find a permanent home, because she's sweet as a cookie (as well as housebroken, well socialized and keen on learning tricks). 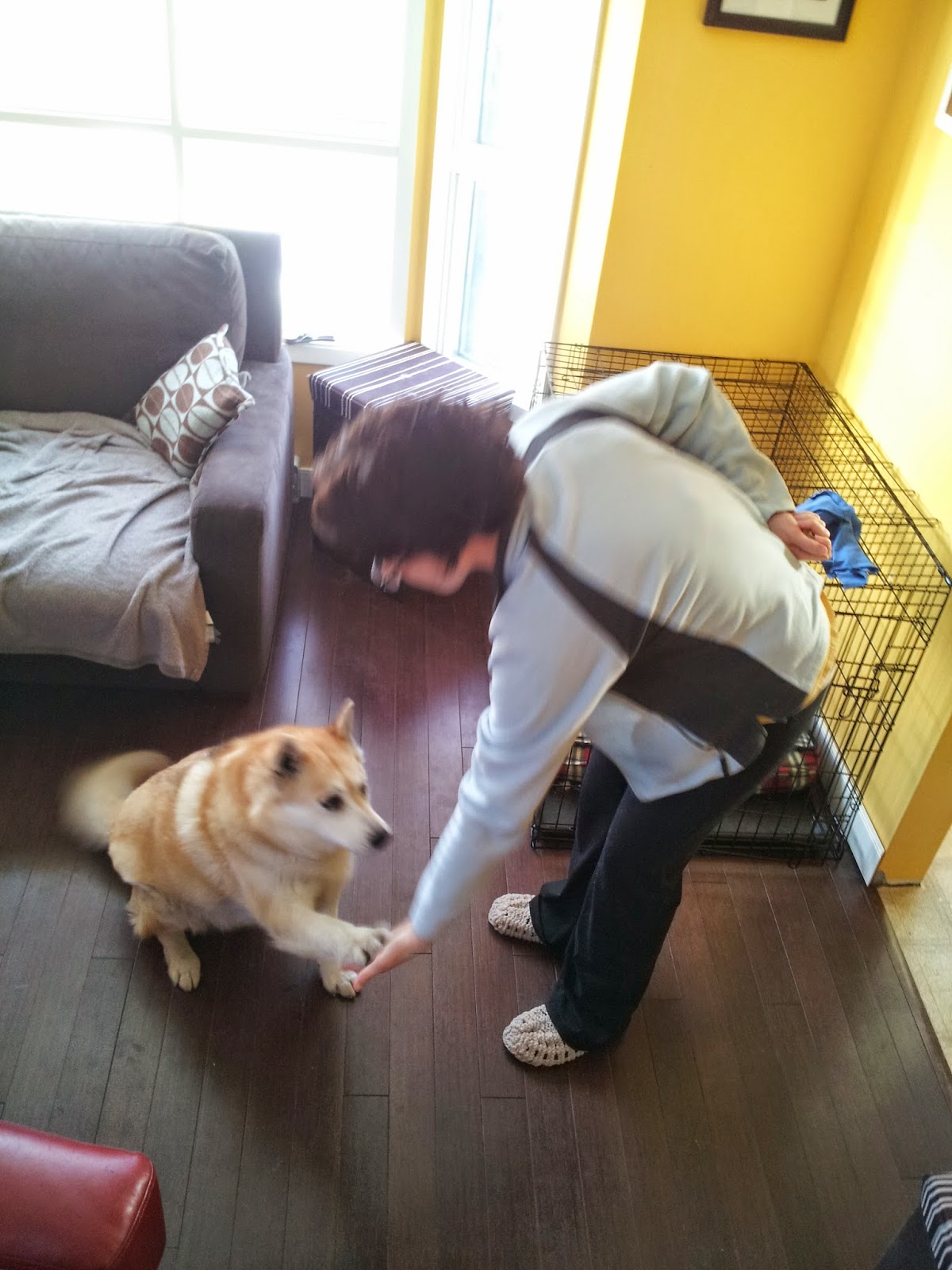 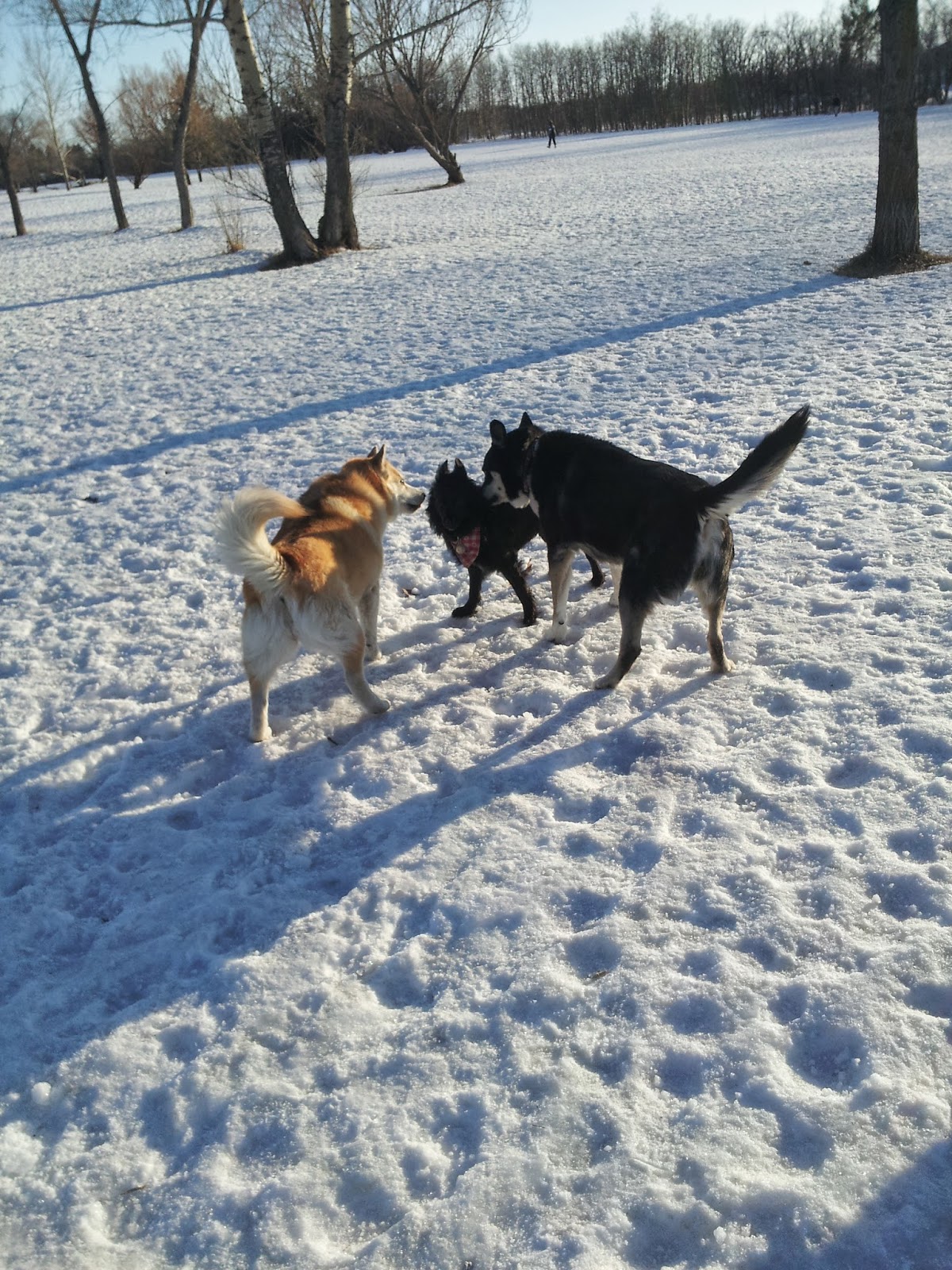 She's a much bigger commitment than the cats. Much bigger. Our lives revolve around her bowel movements to an uncomfortable degree. I'm told that's the same as having kids, though I'm not sure it's as smelly.

Speaking of having kids, I made the mistake of asking for a baby gate on Facebook, to keep Trish out of downstairs. Apparently people think that's how I'd announce having children. Oh, people.

We're trying to exercise her as much as possible. The previous house she was in had two other dogs and Trish developed a rep as a food ninja, stealing from her buddies. So she's ummm... well, we both need to pick up our workouts. Now the cats eat on top of the washer dryer, glaring down at a pathetic beggar. Better them than me - her whines will never break a cool cat's heart.

Speaking of, the cats are still adjusting to her... 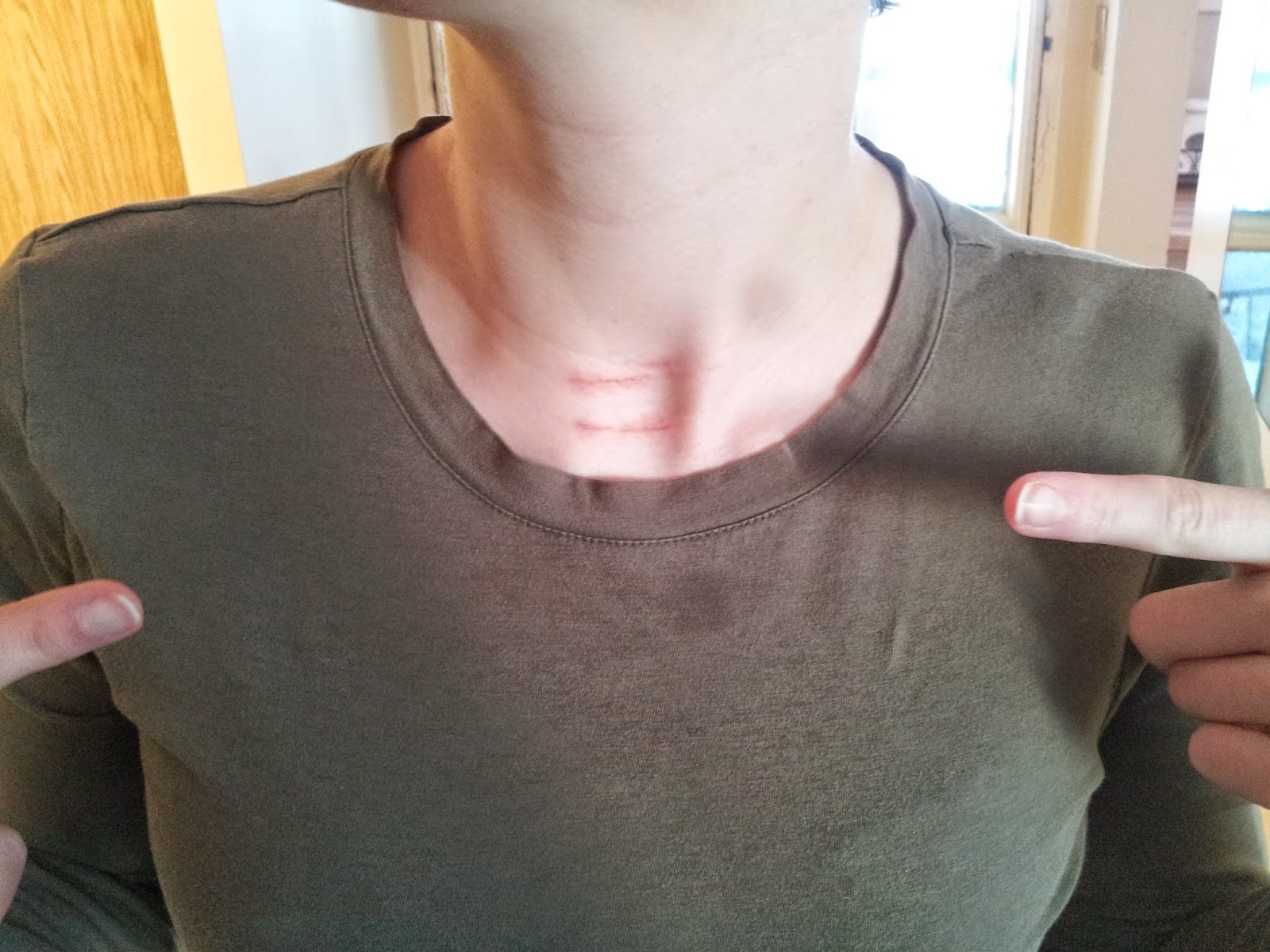 This happened when Mel was carrying Hank and Trish got too close. We've both become climbing posts for cats trying to stay out of the lumbering - and clearly vicious - predator's way. We're pretty sure Trish just wants playmates, but she is six times their size. They're understandably cautious.

Because Trish likes getting in people's faces... 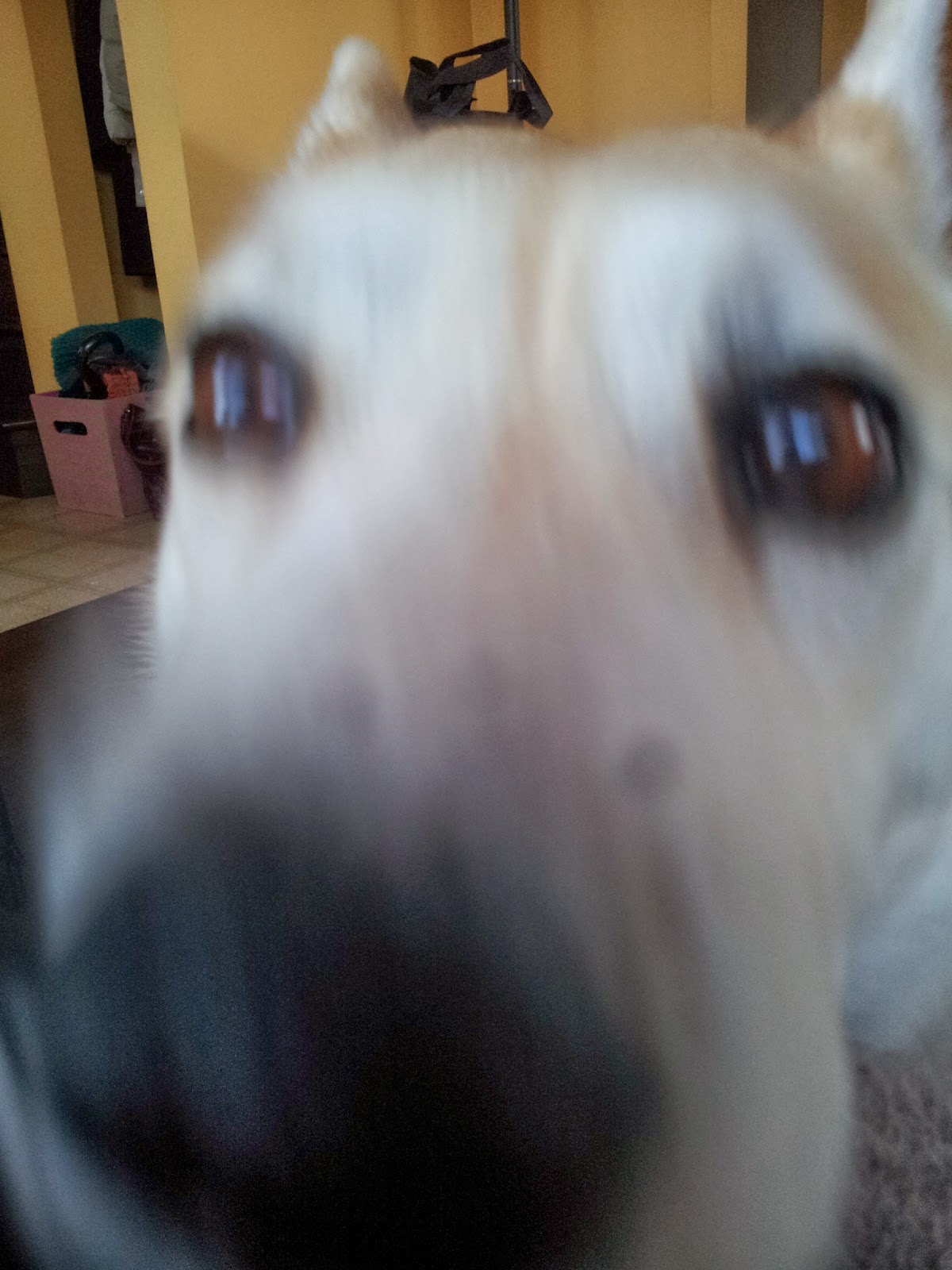 See you in the dog park.


---
Correction: Trish was only in foster one year (which makes worlds more sense)

Posted by Matthew TenBruggencate at 8:06 PM