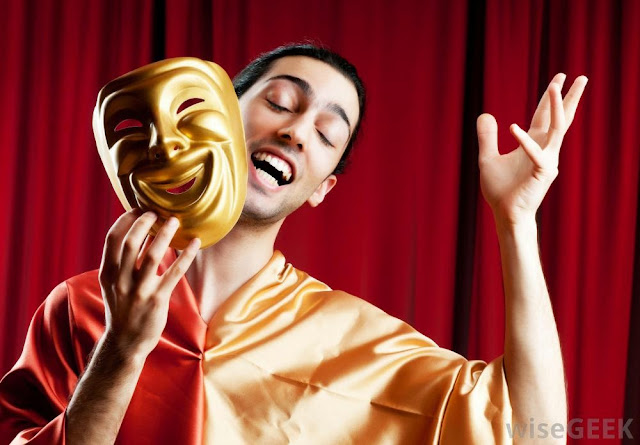 The ancient art of playmaking unites a ragtag troupe of skilled artisans around the ephemeral goal of transporting an audience into a story. Each thespian brings their strengths as well as their own nuanced weakness... Achilles' heel, if you will... brittle ego... I swear if she says one more thing I am walking out of this rehearsal hall an never coming back...

Erhem. The Theatre is one of the best places to spend your waking (and dreaming) life, but it's a minefield laced with delicate relationships. The clever person avoids sharing the following thoughts with the following people (and others, if you'd like to share them in the comments)

To the director: We'll just have to recast

To the actor: I saw (other actor) in your part. A-mazing.

To the stage manager: The schedule needs to be flexible

To the choreographer: I know it's West Side but we couldn't get many quote unquote dancers

To the producer: It'll still be a success even if we don't sell a single ticket

To the production manager: Who are you again?

To the lighting designer: That seems a bit dark

To the sound designer: That seems a bit loud

To the fight director: That seems a bit too real

To the set designer: (after the set is built) Still, you can't beat a black box, right?

To the costume designer: Just think "period drama on a budget"

To the usher: I'm a friend of (actor) and it's only five minutes. Can't you let me in?

Posted by Matthew TenBruggencate at 10:28 AM

Email ThisBlogThis!Share to TwitterShare to FacebookShare to Pinterest
Labels: Theatre