A wee update what I'm doing these days...

That "going back to college" thing some of you heard I was doing? I did it. That might be why you haven't seen me in awhile.

As much as I love acting and miss performing, I found I couldn't accept the lifestyle. Six or eight weeks of gigs doing the best job in the world didn't balance stacking boxes in warehouses the rest of the year (or getting a decent communications job only to have to quit when I was lucky enough to snag a part). So I went into one of the more intense programs in Manitoba, in terms of time commitment and networking opportunities. And it was right up my alley. And I'm so glad I'm done. 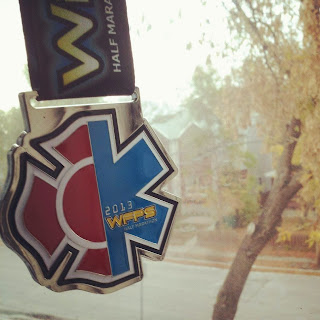 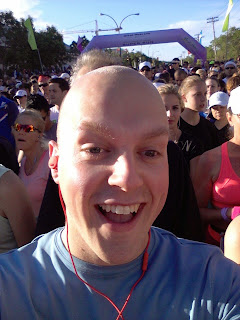 Two years ago I found out that running away from my problems helped. Out on the road I can find the mental space to both unwind and contemplate. And feel great doing so.

I've notched two half marathons and have signed up for the full this May in Fargo. Excitedaunted!


A summer spent hustling multiple jobs has coalesced into one main gig: news promotion for CTV Winnipeg. I pump out the commercials saying what stories we're covering and why you need to watch. And I love it. I'm not just cheering for something I believe in, but in a small way I'm having impact on important discussions here in the province.

I've taken my knowledge of the stage and turned it against my former colleagues, burning bridges and alienating friends! I fear nothing! Bwa ha ha!

Actually I just write a few thoughts on shows for the excellent Prairie site Spectator Tribune. And my opinions are just my opinions, so I'm sure no one is taking them too seriously. Hopefully it's drawing people to shows, but at the very least it's helping me crystallize my thoughts on the art form I adore.

5. Going for coffee/drinks with friends

Reversing the ill effects of point 1, I'm catching up with good people. Have we not sat down for a chat in a couple years? Message me. It's on.
Posted by Matthew TenBruggencate at 10:04 AM