Strangers in our House aka Billets

For a number of years, Mel and I have billeted performers and travelers when they're passing through Winnipeg. It's win-win: they get free digs and we get to hear their stories (which we rejig and later claim as our own).

The Winnipeg Fringe Fest is looking for billets for this year's festival (139 people are coming to town July 18 to 29) and if you've got a spare room, a couch, and/or a blow up mattress, I suggest you sign up (details below). These performers are deeply grateful for a place to stay, are usually out and about promoting their show and work very hard to earn the title of good house guest (they can't afford not to: the Fringe circuit spreads news faster than Twitter). Plus you get a free pass to see several shows (you lucky dog, you).

What kind of people should you expect when you billet? Here are some of our past guests: 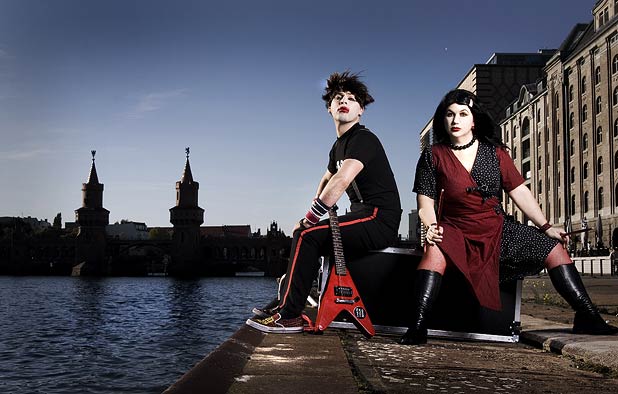 We were a little worried when we heard punk rock comedians were going to be staying with us. Otto and Astrid are rockstars here at the Winnipeg Fringe and we worried they'd be coming in at all hours, ride a Harley through the living room, shoot the television - you know, the usual stuff.

The secret truth - they're sweet kids. The most quiet, hardworking vegans we've ever met. The only scare we had was when we asked if they were traveling across Canada by train. They both froze up and got super quiet. Then we all went for smoothies - problem solved. 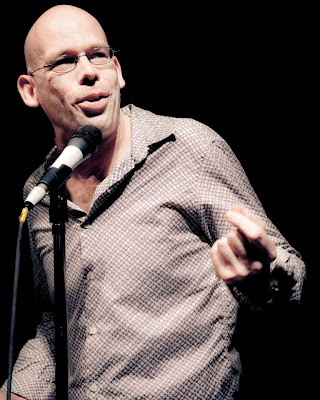 Before we moved to the house, we had a crummy little apartment. And Rob Gee slept on the crummy little couch (actually he spread the cushions on the floor). And he never complained, channeling his rage into his performance poetry (we assume). He did like to stay out and party, but we never heard him come in at night. Quiet as a mouse. I would just see him asleep on the living room floor the next morning. Totally knackered (his phrase) and smiling. 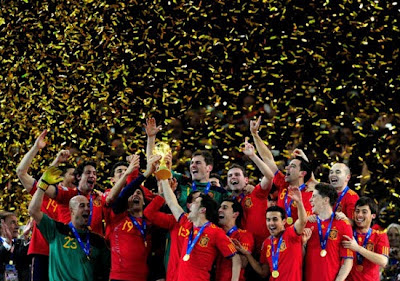 The YMCA-YWCA of Winnipeg runs Camp Stephens (an island near Kenora) and they've had students from Spain come to stay with them nearly every summer. We've hosted two of their students, Juan and Luis, on the bookend days of their Canadian visits (as they come in from or wait for flights) twice. Really great kids, very polite, a bit shy but well behaved. I don't have pictures of them, but here's Spain winning the World Cup in 2010: an event they were so excited about that Camp Stephens set up a television on the island so they could watch the final match. 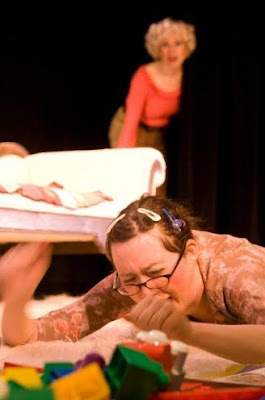 We first met Ruth and Sara at the Toronto Fringe (along with cast mate Mark White and playwright Shannon Bramer) as we tried to find cool people to hang out with in Tdot (and deal with TO Fringe wackiness... grumble...). Jackpot. Absolutely fantastic performers from Newfoundland and Labrador with a very funny show about two codependent women clinging to each other. Little did we know a couple months later we'd have a chance to welcome them to our home when they rolled in for Sarasvati's Femfest. It never ceases to impress how small a world we live in. 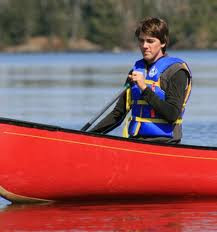 But not really students. In a number of countries, students are encouraged to take a year off between high school and university (a gap year) to travel the world and work. Something to help them get perspective before they earn a degree and get to work. In Australia's case, the government subsidizes the hiring of these kids, so a Canadian employer (like Camp Stephens) is attracted to hire them.

We've had Gapsters stay with us a couple of years. Our favourite (yes we play favourites) was Jonathan Tilse. Really nice guy and a great sailor, but all left feet when he's on dry land (even I don't walk into that many walls). And as a young man whose mother did a lot for him growing up, we had to teach him a few things. Like how to cook noodles... 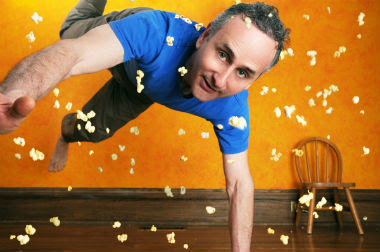 Cam Davis aka Technician for 'Alphonse'

Traveling theatre shows often bring roadies with them; the quietest, shyest roadie in this case. Here's an example of billeting someone and hardly ever knowing they're there. If we hadn't taken Cam and Alon Nashman (pictured above) out for a meal, we might not have gotten to know these two great guys. So pro tip: set up at least one meal with your guests.

Tanya is another FemFest performer we were privileged to have stay with us when she came to town with All of Him, her autobiographical show about learning her father's dark secrets. Ridiculously multi-talented, she's an actor, singer, dancer, writer, teacher, life coach and certified hypnotist. We've met a lot of people in our short lives, but very few have carried the presence Tanya has/does.

And that's only a few of our guests (I admit, I forget some of the people who had shorter stays). If you're looking to join us and many others in billeting Fringe Festival performers, give Kari Hagness at the Fringe a shout by emailing performers@winnipegfringe.com
Posted by Matthew TenBruggencate at 4:59 PM