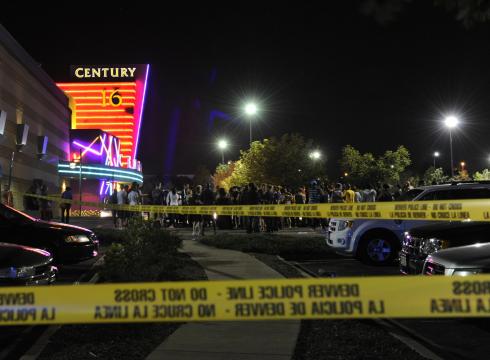 Sometimes it turns on a word.

On Friday, July 20, a young man walked in to a Colorado movie theatre and opened fire on the audience. 12 people were killed and 58 were injured.

The shooting was, unsurprisingly, a top story that weekend in newspapers across North America, including the Winnipeg Free Press. I was copy editing that weekend and I remember the editors searching the news wire services with urgency, looking for stories to move in time for the print deadline.

One piece that came over the wires was by Eli Saslow and Marc Fisher, two Washington Post journalists, who managed a pretty good piece within a day of the shooting: expert opinions mixed with reasonable conjecture and, importantly, details on the deceased, the injured and the alleged shooter. Their piece was picked up around the world.

Give this section a read:

"The suspected shooter, James Holmes, surrendered to police without a fight. He was armed for war, outfitted for terror. His hair was painted red. He told the cops, "I am the Joker."
His past, so far, seems more a riddle. Unlike some mass shooters, Holmes, 24, does not appear to have much of an online or written trail. The world of social media is now such that anyone can find Holmes' description of his genitalia, but no one has come forward to explain his departure from the realm of the rational.
The evidence at this point is sparse; the clues, tantalizing. Jimmy Holmes was an accomplished student, a "brainiac," something of a loner, some said; others called him witty, even nice. For four months, he'd been receiving a high volume of packages at his Aurora apartment, yet no one said anything.
Over and over, people who studied, worked and lived near Holmes sheepishly acknowledged they didn't know his interests, friendships or much at all. At his high school, his college, in Aurora and back home in San Diego, acquaintances recognized his face on TV on Friday morning, but beyond that, mostly a blank.
"He's one of those people. I had classes with him but never talked to him," said Abel Maniquis, a high school classmate.
A longtime neighbour of Holmes's parents, who live in the Torrey Highlands section of San Diego, didn't even know the couple had a son.
Arlene Holmes is a registered nurse. Her husband, Robert, is a senior scientist at FICO, a nationally known financial services company where he works on identify theft and online financial fraud. The father has three degrees in math and statistics.
James Holmes ran cross-country in high school, spent summers in science programs, was a counsellor at a camp for poor kids in Los Angeles. He graduated with honours in 2010 from the University of California at Riverside. From his undergraduate years on, his studies focused on human behaviour. This spring, he delivered a presentation in a University of Colorado graduate class on the biological basis of psychiatric and neurological disorders. Then he left school.
Mostly, he's left questions. Had he been on a psychotropic medication he had stopped taking? Did his recent departure from a neuroscience PhD program at the University of Colorado represent the kind of sudden, traumatic break from his career's forward motion that has been cited as a spark for violence in some previous shooting cases? Did his teenage passion for online fantasy games morph into a break from reality that culminated in him assuming the identity of the Joker, Batman's eternal nemesis?"

The writing is a bit florid, but there's pretty decent detail given the tight time frame. They strike me as good writers and journalists. But a phrase caught my eye. Did it catch yours?

I disagree. Mostly, Holmes (allegedly) shot and killed people. From a journalist's perspective - with a deadline looming and immersed in a news industry that's fascinated by psychopathy - unknown details about Holmes' life may be important. But questions aren't his largest legacy. Saying so insults the dead while trampling the journalists' credibility.

At the Free Press, we changed it to "He's also left questions."

Sometimes it turns on a word.
Posted by Matthew TenBruggencate at 9:34 AM