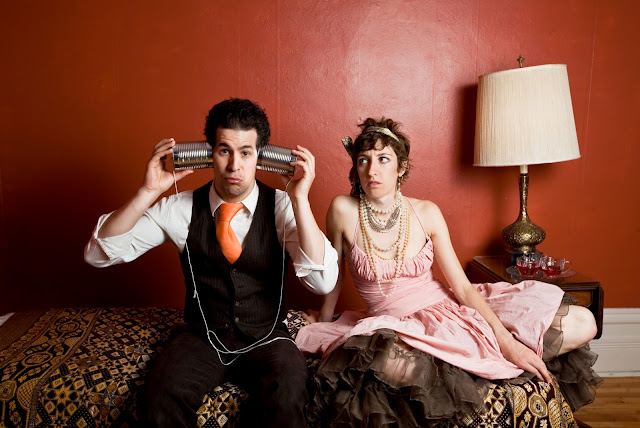 Once upon a time, countries were shaped like stars.
Sound was measured in pin drops
and time had no skin.
Words were understood by the spaces in between them
and anticipation grew on trees.

Two voices joyfully chant the poem in perfect harmony. They’re accompanied by a whirly-wind (one of those plastic tubes you swung over your head as a child). There’s a small audience with you in the tiny performing space; an audience, you’re told, made up of Birds and Constellations.

Countries Shaped Like Stars is one of those plays where you’re aware – even in the first few moments – that you’ve crossed some sort of threshold into a really magical place.  In an intimate venue, two actors sing you through the sweet and tragic fairytale of Gwendolyn Magnificent and Bartholomew Spectacular’s love, pulling out all the stops – puppetry, dance, audience participation – to bring the audience into the world of childhood dreams. The play was a runaway hit for Ottawa-based Mi Casa Theatre during the 2009 Winnipeg Fringe Festival.  Getting a ticket during that run meant standing in line for hours (I know, I did).

Now Countries is returning to Winnipeg for an encore run March 14 – 17, helping the Fringe fundraise for this coming summer’s festival. It’s part of a cross-country tour that’s seen actors Emily Pearlman (30) and Nicolas Di Gaetano (31) trek through Montreal, Regina, Edmonton and Whitehorse – and have a fantastic time doing so.

“The tour is awesome. It’s really great to bring it to different communities,” says Pearlman during a phone interview to Whitehorse. “We love doing this show because it feels like a party – we’re all hanging out together as we create an experience for the audience.”

“Remember as a kid the first time you saw a squirrel and you went ‘Wow! Squirrels are amazing!' Then you acclimatize and lose that sense of wonder. My main interest is providing an opportunity for adults to feel that childlike wonder again.”

Writing a preview/review for Countries is difficult. I’m resisting the urge to give away too many playful moments that kept my jaw dropped when I first saw the show. The snarling, snapping dragon fruit; Di Gaetano’s stellar mandolin playing; the cumin-scented moustaches. I’ve said too much.

Perhaps the best way to end is this: each year at the Winnipeg Fringe I usually see just one show that stays with me as an enduring reminder of the joy of live theatre. This is one of those shows.

Countries Shaped Like Stars runs Wednesday, March 14 to Saturday, March 17 at Studio 320 (70 Albert Street). Tickets are $18 or $14 for the opening show and Saturday matinee. Get info and tickets by heading to winnipegfringe.com 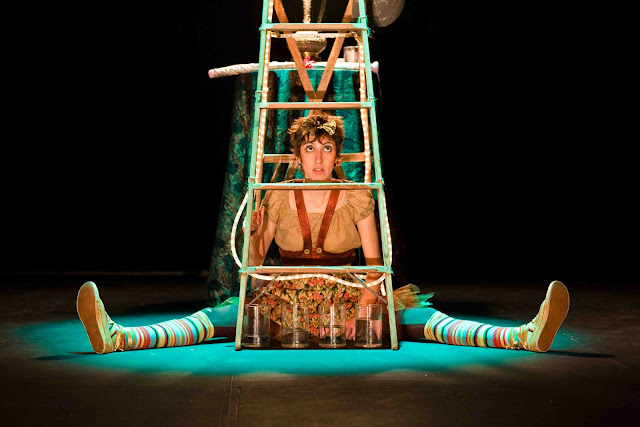