Breaking out of my cell 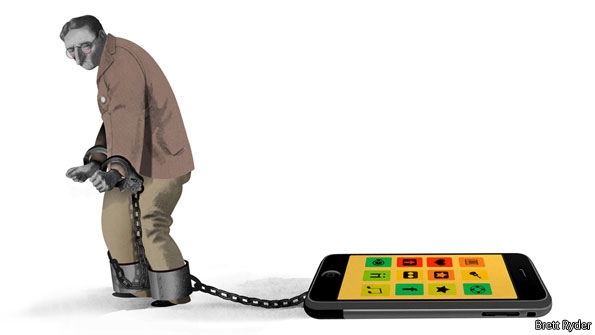 My Android has been in the shop for two weeks. Who knew repeatedly dropping it, stepping on it, whacking it, tapping it, spinning it, juggling it, shaking it, punching it, getting it wet, teasing cats with it, keeping hot beverages on it, opening locks with it, derailing trains and prying open the mouths of beasts with it would disturb its tiny guts?

I dote on its absence. I'm in love with its void. Partly, it's the reduced pressure to keep in the loop. The gnawing worry SOMETHING is happening SOMEWHERE and I had better check in with the world every ten seconds to FIND OUT has had its teeth pulled.

But more so, I'm pleased by the healthy beating my ego has taken. Because I don't deserve a smartphone. There's nothing I need to say or do or tweet that justifies handing me a palm-sized computer, let alone the slave labour and technical wizardry that went into making it. It's too good for me. The Universe knows it. It hated me having an smartphone. And these past two weeks, in the absolutely smallest way, there's been a slightly improved cosmic balance because of my being unAndroided.

That feeling you have of being one percent more at ease? That was me.